Written together with Dr. Verma

Turmeric is one of the most commonly known spices used in Asia and South America and nearly by around 1 billion people across the globe. It gives the yellow color to the curries that exist in South Asia. It is widely used, and other ingredients enrich dishes, especially in South Asia. The use of turmeric as a spice and as a medicine runs way back more than a thousand years. In the recent few years, the medicinal uses of turmeric, as mentioned in Indian Ayurveda, came to light. However, people have been using turmeric as a spice due to its benefits to the body and brain. Of course we tried to attach studies to each of the health benefits of turmeric.

The use of turmeric as a spice dates back to 2500 years ago, suggested by the discovery of pots in and around New Delhi, which was found to have turmeric remains. In 500 BCE, we find turmeric being mentioned in the Ayurveda, an ancient health system of India. There are over 133 different varieties of turmeric, and ‘Jayanti’ is supposed to be the best among all.

Like many spices, turmeric has also been used in India for thousands of years. It has been used both as a spice and a traditional herb. However, turmeric has been grown for its root and used in China and India for centuries. It is used in foods and other purposes such as fabric dyeing, cosmetics & medicine, and traditional medicine.

It is also known as ‘Indian saffron or ‘golden spice’ in India and South America.

Turmeric also has an active compound called curcumin, which is shown to have reduced inflammation in humans and may help reduce swelling.

Scientific data suggests that turmeric may be potent in mitigating hay fever symptoms, depression, high cholesterol, osteoarthritis, liver disease, etc. However, turmeric, apart from using it in daily food items of South Asia, can also be consumed in the form of tea and capsules, etc. As far as the recommendation of the United States Department of Agriculture (USDA) is concerned, one tablespoon of turmeric powder contains:

The world arthritis foundation has cited several studies that show positive responses to lowering inflammation using turmeric. Arthritis causes a lot of inflammation along with joint pain. It has been found that turmeric consumption can help reduce inflammation.

Multiple studies have also cited how turmeric as a spice can also treat numerous health problems like rheumatoid arthritis and inflammatory bowel disease.

Oxidative stress can cause a lot of health problems in the body. It is also the most significant cause of premature aging of the skin and other cells. Oxidative damage is caused due to free radicals, which are highly reactive compounds with unpaired electrons. Since free radicals can react with fatty acids, proteins, or DNA, they can injure the cells and result in aging.

Anti-oxidant elements are required to fight these oxidizing properties. Turmeric has compounds that can fight the process. Turmeric’s chemical structure is such that it can fight these free radicals, as shown by a study. Also, a 2020 study from Pharmacol has demonstrated that curcumin has a positive effect in fighting against free radicals. The anti-inflammatory effects of turmeric are related to its anti-oxidant effect, as shown by a 2017 study from the US.

Turmeric may help in treating Alzheimer’s

A cell neuroscience research of 2019  has found that the BDNF protein may help with health problems like Alzheimer’s and depression. A study from the International Journal of Molecular Medicine 2019 indicates how strongly BDNF levels are associated with Alzheimer’s. More evidence now shows that curcumin can cross the blood-brain barrier. It may help in reducing amyloid protein plaques that can cause Alzheimer’s.

Turmeric may help in treating cancer

In cancer, we generally see a situation of uncontrolled cell growth. Some studies show that curcumin consumption may slow unprecedented cell growth. Curcumin can be a practical addition to the treatment of cancer patients. Several studies that are done to study the application have found these conclusions:

Feed curcumin and high-dose piperine will ensure that a person has absorbed sufficient curcumin. Some studies have indicated that turmeric can reduce the negative effects of chemotherapy.

Heart disease kills more people than any other non-infectious disease in the world. A combination of many factors can cause heart diseases. Impact Journal on Aging 2017 published a study suggesting that endothelium, the lining of blood vessels, gets strengthened with the intake of curcumin. Endothelial dysfunction can be catastrophic as it can lead to problems like high blood pressure and blood clotting, which may eventually even lead to heart attacks.

In a study on 121 people in Thailand between 2009 to 2011, the results showed that people who had consumed curcumin had shown a 65% reduced risk of getting a heart attack. There were two groups, one who consumed curcumin and the other on placebo.

A randomized control trial was published in 2009, where the scientists found that turmeric was equally efficient compared to Lipitor (atorvastatin). Overall, turmeric can be easily said to be healthy for the heart.

Turmeric may help with aging

It’s imperative to know that oxidation and inflammation add to your age. If curcumin can prevent both of these processes, it could be effective against aging. A review paper on current pharmaceutical design 2010 has found that curcumin consumption can help slow down the aging process.

Turmeric can also help with other health problems like brain degeneration, age-related, etc.

Some studies have shown some positive results in lowering depression because of curcumin. In a controlled trial, 60 people were divided into three groups. One group took Fluoxetine, while the other took 1g of curcumin, and the other group mixed both Fluoxetine and curcumin.

However, some studies also suggest that the lowering of BDNF protein can also lead to neurodegeneration. This can also be caused due to the shrinking hippocampus, which regulates both learning and memory. Evidence suggests curcumin can boost neurotransmitters dopamine and serotonin as it slows down their degeneration.

A study published in Behavioral Brain Research in 2013 suggested that when rats were given doses of 50, 100, 200 mg/kg of curcumin for ten days, they showed better treatment symptoms with depression.

Though more research is needed on the subject, turmeric might find its way in the future as supplement advice in patients with depression.

Research conducted by researchers from Canada and China suggests that curcumin might effectively prevent and treat diabetes and other diabetic health problems like diabetic nephropathy, hyperlipidemia, and other related aspects, as indicated by solid evidence from results from animal models.

One study has also found that feeding 80 mg of tetrahydrocurcumin per kg of body weight to rats can help them with type-2 diabetes. This led to a decrease in blood sugar, and increased plasma led to insulin.

Another study in the 2019 issue of Nutrition & Medicine was also done on obese mice. They found out that supplementing with curcumin helps them to treat type 2 diabetes.

How to include turmeric in your diet?

Turmeric can be added to your meals in several ways:

Turmeric comes in various forms. You can use it as powder-containing capsules, fluids, extracts, and tinctures. Bromelain, a pineapple enzyme extract, helps in the absorption of turmeric and turmeric-related products and is sometimes advised to use along with.

What are the side effects of using turmeric?

Turmeric has some benefits; however, consuming large amounts can cause a few side effects, including constipation, diarrhea, yellowish stool, dyspepsia, nausea, and vomiting. If unchecked large quantities are taken on over a more extended period, it might precipitate kidney stone formation. However, the recommended daily intake is far lesser than those levels.

Turmeric can upset your stomach

When taken in large quantities, turmeric may cause digestion issues in a few people. It may cause excessive production of gastric acid. A few studies point towards these.

Turmeric can also thin your blood. People who take drugs like warfarin already thicken their blood. It is not advised to use turmeric for those patients.

Turmeric helps with menstrual cramps and painful contractions. A study has also shown that it helps in alleviating PMS symptoms. It must be noted that pregnant women shouldn’t take medicinal amounts of turmeric. However, the usual amount used in food is safe.

Can turmeric help my skin?

Turmeric is great medicine for the skin. A recent study has suggested that it has the potential to cure some skin-related problems, including acne, eczema, also known as atopic dermatitis, psoriasis, and even photoaging, etc. It is because of turmeric’s properties which include antibacterial, antimicrobial, and anti-oxidant properties.

Also, a January 2018 issue in Open Access Macedonian Journal of Medical Sciences suggested that curcumin may be an effective treatment for Polaris (inflammatory skin disease). More studies are advised to be required to know exactly about its potential benefits to fighting illness.

In an article written in 2019, curcumin can be used as complimentary not to replace other skin treatments. Curcumin compounds may not be easily digested, so absorption limits.

How to make turmeric milk?

Turmeric milk is often consumed in India in harsh winters to prevent congestion, and cold, clear the phlegm, and help you breathe better. Turmeric milk is exceptionally good for hydration as well. Since it’s a known fact that the hydration index of milk is high. Here is how to prepare it:

Who should avoid the use of turmeric?

Curcumin absorption is increased when turmeric is taken within a meal or snack; thus, it is always recommended to take it with a meal. This will also eliminate the risk of gastrointestinal upset from taking vitamins on an empty stomach.

Is it safe to take turmeric every day?

Although no long-term studies prove that consuming turmeric every day is safe, small dosages appear to be safe in studies. Still, excessive doses or long-term usage may produce GI difficulties in some people. It is recommended to check with your doctor or medical practitioner regarding its consumption.

What is the recommended daily dose of turmeric?

Studies typically suggest that the dosages of 500–2,000 mg of turmeric per day are recommended. However, the average Indian diet, for example, contains roughly 2,000–2,500 mg of turmeric (60–100 mg of curcumin) each day.

Turmeric contains the active compound curcumin, which can help with many health problems like Alzheimer’s, depression, anxiety, heart problems, etc. However, it is advised to use it under a doctor’s supervision.

Many of the studies that have been conducted to know about turmeric’s effectiveness have been tested mainly on animals. So, a final verdict about many points has still not been reached. But with time, we would have more understanding of the health benefits of turmeric.

In addition to that, turmeric can also have some potential side effects like constipation, digestive distress, blood-thinning issues, etc. Therefore it becomes imperative to take some advice before consuming at least the clinical amount. 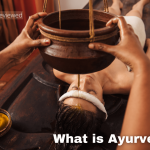 What is Ayurveda and all you need to know about it? The amazing ancient healing system 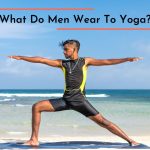