Being born in India, the first thing that I was taught as a child in the name of manners was how to say “Namaste.” Greeting an elderly saying “Namaste” brings in a lot of respect to the person when in India. In today’s times, this word or method of greeting has become popular across the globe. We can see quite a few instances where famous political personalities in the western countries too have begun to join their hands and greet each other, saying “Namaste,” due to the social distancing. So, what is the meaning of “Namaste“? In the sections below, you will read some exciting details on this traditionally and culturally popular word, such as its origin, usage, and more. Often we are asked about the meaning of “Namaste” continue reading to find out why.

The word “Namaste” finds its roots in the ancient Vedic texts on which the concept of Hinduism relies. It is an old Sanskrit term, broken down as “Namaha” which means to bend, and “te,” which means you. In a nutshell, it means “I bow to you” or “greetings to you.” I still remember my great grandfather, who used to stand, join his hands, bow slightly, and say “Namaste” to the guests when they arrived at home. There are different translations because it is difficult to translate them into English.

Many Yoga studios have also started using this word, especially in western countries, to bring in some authenticity and a holy ambiance to their classrooms. Without having the closing ritual of reciting “Namaste” in unison, sitting cross-legged on your mats, Yoga sessions wouldn’t end. Some Yoga teachers have defined the meaning with a little more intensity. They believe that every human being has a divine presence within themselves. So, when one person greets you with a “Namaste,” it means that “I am bowing to the divine in you.” It is how one acknowledges the soul in oneself and the soul in the other. And in every living resides a soul, so it is a very subtle way to greet one another.

The word “Namaste” is pronounced as “naa-much-they” and not “Naa-ma-stay.” The emphasis on the “t” should not be hard as “T” but soft and humble as in “th.” Now that you know the meaning and how to pronounce it, let’s see where to use it.

Where to say, “Namaste“?

In Asian culture, the word “Namaste” is commonly used to greet people when you meet them. Being born and brought up in a very orthodox family in India, I grew up seeing this style of greeting elders in this manner throughout my life. So my childhood was filled with a lot of “Namastes.” You might know it or not, but in India, every shop owner is also an uncle, as well as your neighbors are filled with kind aunties. So it was “Namaste” here and “Namaste” there. I became Namaste-tired of using it at some point but had to continue with the usage.

While some people debate that the same word is repeated when it’s time to say bye, I never saw the same usage when a person leaves.

Young ones in the family greet their elders with a “Namaste.”

A student from an orthodox background greets their teacher (mostly in classical art forms like dance, music, yoga, etc.) with a “Namaste.”

You might even hear people greeting you with a “Namaste” as you enter a temple, restaurant, or shop, which is a common way of greeting in India.

Did you know that there are numerous other ways of saying “Namaste“? India has 22 official languages mentioned in the Eighth schedule of its constitution. “Namaste” is commonly used throughout the country, but here’s a list of how it is used in a few of the state languages of India.

The gesture associated with greeting someone with a “Namaste” is called Anjali Mudra. The Sanskrit word “Anjali” means to honor, and “mudra” means a gesture usually made with hands. These sacred gestures or mudras are the simplest form of Yogic practices. Join your hands with your palms pressed against each other, fingertips joined, and pointing upwards. Close your eyes and bend your torso slightly down as a gesture to greet in “Anjali mudra.” It is said that when you are in this gesture, you do not need to utter the word “Namaste” as it is a physical representation of the same.

“Namaste” is a beautiful word that has traveled places; this makes the yogic-experience team very happy. A person from an Asian origin might find funny and weird usages of the word when abroad; say, when it comes to the pronunciation, the pun way of using the word, or even the excessive usage of it on every possible item like coffee mugs, tote bags, mats, t-shirts, etc. Yoga could be called the key reason for the word flying around in Western countries. Yoga teachers who traveled west to teach the ancient techniques to people living in those regions imbibed the culture of saying “Namaste” at the beginning and end of each session. Eventually, people started using it outside the classes too, and it began to spread even amongst the non-yoga practitioners. It is as simple as using the word “gracias” by an Indian. These humble words that include greetings, thank you, or farewell in different languages tend to travel with people moving around the world and deposit the culture in the people there.

Even though people call it a very Indian or Asian tradition, pandemic times have proved it to be the perfect way of greeting. Or let’s put it this way, the more safer version to introduce yourself. While the whole world was finding it difficult to even greet during the period of social distancing, Indians in specific didn’t find it difficult to welcome each other staying at a distance. It is culturally taught, and people are molded so that they do not see it necessary to touch a person when they greet. In the olden days, our ancestors have given enough thought as it is hygienic and respects the privacy and comfort of the other person. Because not everyone likes to be touched (handshake) or embraced by a hug, we should respect that.

“Namaste” nowadays, even in India, is used in such a way to say “God bless you”; it used to have a spiritual background, but has become good morning, good evening, and good-bye. Everything in one word. It is often just said without thinking much about it.

However, we still believe that the intention behind the usage of the greeting is essential. As a Yoga teacher, when you conduct your classes, did you happen to greet everyone with “Namaste”? Are you trying to embrace everyone in the class? Do you mean to conduct your session authentically, as done in ancient India? Are you saying it because everyone does? Or has it become a habit, and you don’t think much about it? No matter what reason you might have, make up your mind and use it if you feel comfortable saying it.

What is the correct response to “Namaste”?

What is the meaning of “Namaste” in yoga?

How to respond to “Namaste”?

As a not Indian, Is it disrespectful to say “Namaste”?

“Namaskar” and “Namaste,” what is the difference?

Even in the remotest of places in the world, the word “Namaste” brings a smile, and people easily associate it with Indian culture. As an Indian, it is a proud feeling to be known for the culture. The way the Indian values are set and taught to kids right from their childhood days is commendable. Remember that it is not just a gesture. There is a lot of thought and study that has gone into it by the ancestors of the land. It is time to remember and take responsibility for passing such values to future generations while explaining why they are essential. We from yogic-experience.com like to spread the usage of the word “Namaste.” 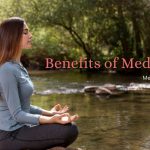 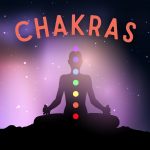 The authentic indian guide to mysterious, wonderful and powerful Chakras