Due to the rise of the “athleisure” trend, more and more women are wearing yoga pants, not just for workout sessions but also for casual hangouts, for running errands, etc. The fact that it gets all the men ogling at them can be either an added plus or a minus, in case you don’t like to attract attention.

First created by the athletic wear and accessories company Lululemon Athletica in Vancouver, Canada, yoga pants were an instant hit. Initially, people only wore them for gym visits, health classes, and home workouts.

In the last two decades, they have grown more and more popular. You will find plenty of pop culture references to yoga pants, mostly about how much men love to see women wearing them.

Why Do Men Find Yoga Pants So Attractive?

Most straight men are obsessed with yoga pants. It is almost like the sight of women in yoga pants attracts them like a magnet, especially a voluptuous one! It is not rare to see a woman wearing yoga pants turning heads while walking down the street. So what makes pants so attractive to men? Why do guys like yoga pants so much

Apparently, it comes down to biology! Men and women are genetically designed in such a way that makes them unknowingly look for the right child-rearing partner.

For men, when they see women who seem to have the body that can facilitate childbirth successfully, they automatically feel pulled toward them. This is what might trigger the desire to “check out” or stare.

It is technically scientific since having a larger hip and narrower waist shows that a woman is hormonally balanced and a good choice for having children.

However, most men are completely clueless about the biological aspect of this yoga pant obsession. If you ask them, “Why do guys like yoga pants so much?” they will simply say that women in yoga pants are pleasing to the eyes.

Reasons for Men to Like Yoga Pants on Women

Why do guys like yoga pants so much? Asking any man that can get many different replies, varying from “looks good” to whole essays describing every feature they like about seeing women in yoga pants. Here are the top reasons why men like yoga pants on women.

All About the Butt

Men love the way a woman’s butt looks in snug yoga pants. Perhaps the best part of seeing women in yoga pants is how well it highlights their butt.

Yoga pants are very flattering on a woman’s butt. Even the flattest behind will get shaped and uplifted and shown at its best. The material fits tightly onto the flesh of a woman’s behind perfectly, almost like a second skin. It contours the hips and hugs them in such a way that displays the buttocks in the most attractive fashion.

Shows Off the Curves

Yoga pants have an amazing way to mold and shape the lower half of a woman’s body. They will display every curve, starting from the butt down the thighs and calf, all the way down to the ankle. If you have seen a woman move in yoga pants, you will get to see those muscles working! It makes every part look just right and gives the onlooker an alluring view.

People love a challenge. Yoga pants provide a thin layer of cover while highlighting the best aspects of the lower half of a woman’s body. Sometimes a pair of yoga pants can be made of flimsy material while being tight-fitting, almost like teasing that they can look but they can’t touch. That minimal layer of clothing presents a visual challenge, leaving very little to the imagination. However, this challenge makes it more exciting for men and gets their blood heated up. It fuels their fantasies and gives them something to think about.

An Active and Adventurous Persona

Seeing a woman in yoga pants jogging down the street or hiking up a hill can be an immediate turn-on for men. It shows that she is fit and put together and is not afraid of challenges.

A woman who takes the time out of her busy schedule to exercise outdoors or to visit the gym seems like someone who takes care of her health and is in control of her life. Most men like women who are assertive and know what they want. They want to envision themselves with someone who is adventurous and not afraid to chase their dreams.

Being active and adventurous shows that you are not afraid of challenges and are emotionally composed, which many men find attractive.

Confident and Comfortable in Your Fit

Most girls feel uncomfortable in skin-tight clothing, as it is natural to be critical of your own flaws. Snug clothing shows all parts of our body in their full glory, which can show both wanted and unwanted curves. If you feel awkward and uncomfortable, you will be anxious and self-conscious. This means that no matter how beautiful the outfit or how good you look in it, you won’t be able to pull it off.

Confidence is sexy; everyone knows that. Pulling off an outfit that is clinging to your body, without feeling too aware of being on display is a talent. When you walk down the hall confidently in your sexy yoga pants with that assertive bounce to your every step, you will turn more heads than ever.

If you stumbled upon this article because you wondered “Why do guys like yoga pants so much?” we hope you got your answer. Men are so fond of this article of clothing that they not only like women in yoga pants but also like wearing them! Yoga pants are not only comfortable to wear, they are also a symbol of athleisure fashion. So both genders can like wearing yoga pants and also enjoy seeing others in them. 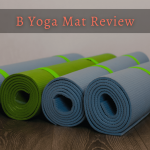 B Yoga Mat: Reviews and Specifications 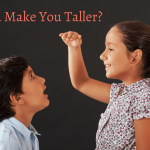 Can you become taller by doing Yoga? Let’s explore and increase our height

The Benefits of Vinyasa Yoga and Much More

Yoga Body vs Gym Body. Which one helps in yielding your overall well-being?